A Bright Weekend On Deck 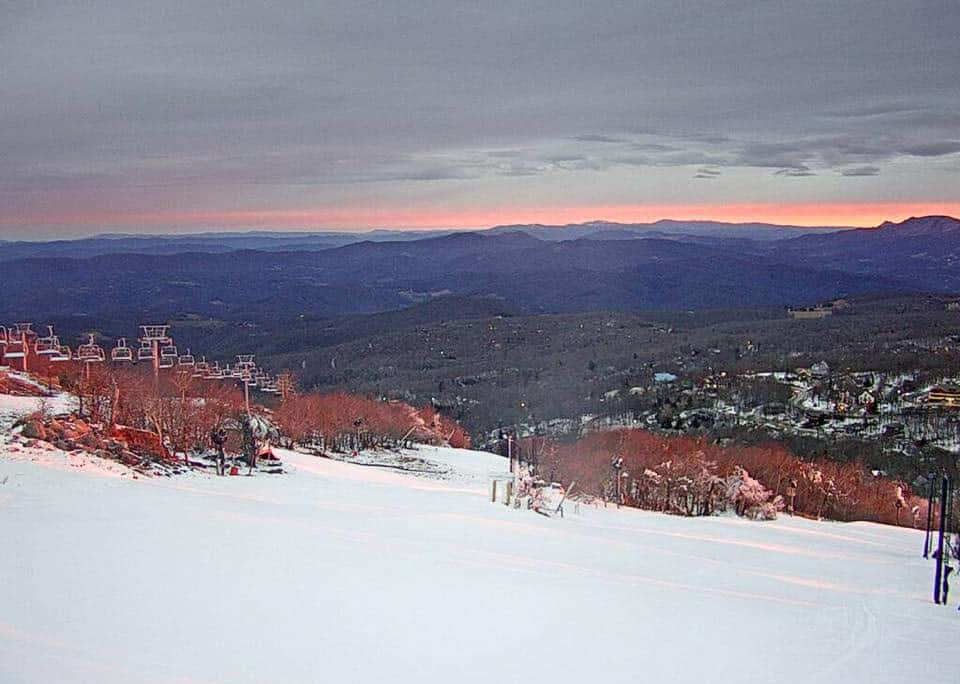 The first weekend of December looks to be incredible.

We’ve seen natural snow and a lot of snowmaking that has helped the slopes do a 180 from last Sunday as conditions look to be fantastic across the region.

Friday is going to be cloudy with some light underdeveloped snow possible, but Saturday is going to be INCREDIBLE – forecasts are using the words abundant, brilliant and plentiful when describing the sunshine – and Sunday is looking really promising but may not be as bright as some clouds will mix in.

The best part this weekend is that new terrain will be opening up across the Southeast and Mid-Atlantic. Snowshoe detailed their plan on Facebook last night for the next couple of days.

Today’s lineup is pretty stout – especially considering where we were last Sunday. It’s crazy the difference a day can make much less a couple of days.

Appalachian Ski Mountain – With a 28-36” base with packed powder surface, they are playing on six slopes with four lifts. Don’t forget this weekend is their anniversary celebration where you can get a $4 lift ticket. Find out more at appskimtn.com.

Beech Mountain Resort – Featuring an 18-34” base with a packed powder surface. They are skiing and riding on seven slopes with five lifts open.

Today’s Featured Image is of this morning’s sunrise at Beech Mountain. My goodness – those views never get old.

Cataloochee – They were able to refresh the slopes a bit last night with snowmaking. They have a 26-48” base with nine slopes and three lifts.

If you aren’t familiar with the Can-U-Ski Drive, you can get a free Sunday lift ticket by donating 24 cans of food or two warm winter jackets of good quality. This is a great cause and an excellent opportunity to give back.

Snowshoe – Opened an additional six acres today with 16 slopes and five lifts operating. They have a 58” base with groomed and packed powder. It is going to be a fantastic weekend at 4848’ with more territory opening each day.

Sugar Mountain – A 23-39” base with manmade powder and frozen granular for today. They are playing on seven slopes and have three lifts in operation.

Bryce Resort and Massanutten are slated to reopen for skiing operations tomorrow (weather permitting), and we are keeping an eye on Wolf Ridge as they haven’t announced an opening date just yet, but they have had a great week of snowmaking.

As we mentioned the resorts in the northern part were the big winners with natural snow and plenty of snowmaking temps.

Check out this video from Canaan Valley’s Justin Harris as he went for a ride in a groomer on the hunt for the elusive “snow whales” along with a great update of what is going on in the Valley.

Canaan is set to open on December 13, and it looks like it will be an insanely good opening day in Davis.

Our own Brad Panovich also shared his latest forecast this morning with some promising information for next week.

Enjoy the weekend and hopefully (fingers crossed) we will be talking about the cold pattern and maybe some natural snow chances.