A Beautiful Wednesday (and Some Snow) On Tap 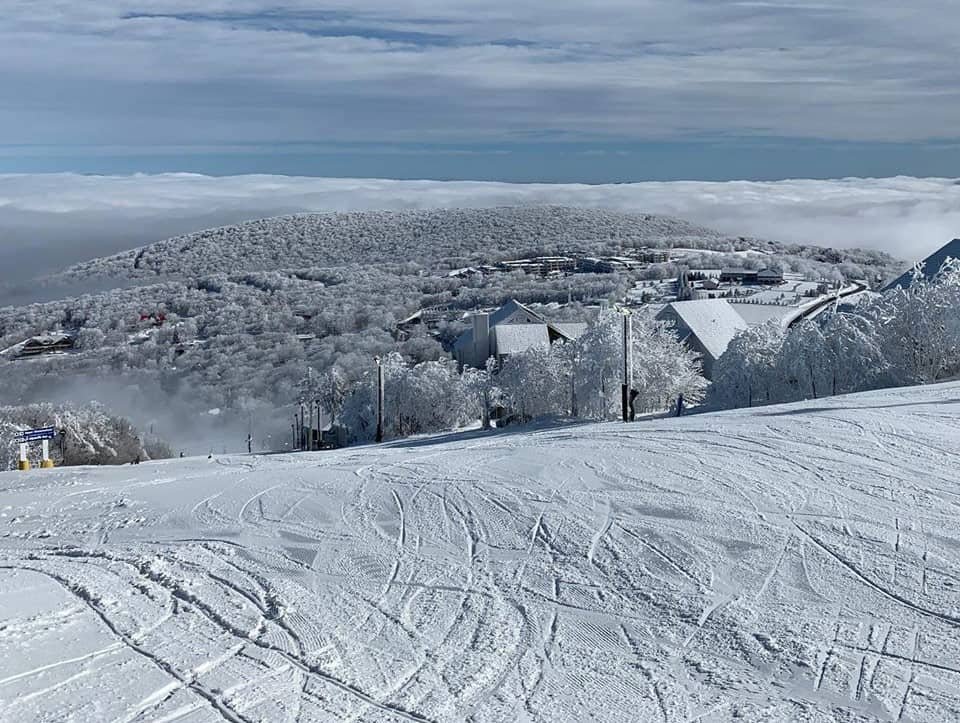 What a difference a week makes.

When I left town last Wednesday, it was a warmish, rainy day with more rain on the way. This morning is a complete 180 as it is a beautiful and cold winter day with some natural snow falling across the region.

It is certainly a welcomed change.

After Monday’s northwest flow snow brought some fresh powder, the mountain ops have been going hard at it to give us some pretty stellar conditions on the slopes.

As I was updating the snow reporting this morning, a majority of the open resorts reported an increase in base thanks to the natural snow and snowmaking efforts.

Kenny was out on the slopes at Beech yesterday enjoying the conditions. Check out this video from the Upper and part of Lower Shawneehaw.

Today’s featured photo is also from Kenny – it was a great day for him yesterday on the slopes. Also, a big thank you to Kenny and Mike for handling things while I was away – those guys are first class and I am thankful to be a part of the team.

Today looks even better, especially for the northern resorts.

Snow is falling this morning with winter weather advisories in effect from noon until tomorrow morning. Wisp, Canaan, and Snowshoe could be the big winner as 3-7” of the natural snow are forecast today through tomorrow.

There is a chance of snow until Saturday in that part of the region. Conditions are going to be absolutely fantastic.

We are skiing and playing at five resorts today – and we are just days away from adding several resorts to the open list.

Those open today include:

Appalachian Ski Mountain – They are playing on a 28-36” base of packed powder with six slopes and three lifts. The ice rink is now open.

Beech Mountain Resort – Packed Powder conditions on a 14-30” base with five slopes and two lifts open.

Cataloochee Ski Area – A 24-48” base on six slopes with a groomed surface. They are open to the top of the mountain and have two lifts running.

Snowshoe Mountain – The flakes are flying on Cheat Mountain this morning. They are playing on a 55” base with 14 slopes and four lifts open with a groomed and packed powder.

Check out this video report from Snowshoe yesterday.

Sugar Mountain – They were able to up their base to 22-38” overnight and have seven slopes and three lifts open. They have a manmade power and frozen granular surface.

Several resorts are making snow this morning as they prep to open for the season.

One notable is Wolf Ridge as they have cranked up the guns this week. We are still waiting for a definite word on their opening date, but the feeling is that it could be sooner rather than later.

It is going to be a great end to the week.

Previous Post
Not Quite the Totals We Were Hoping For, But Fun Nonetheless
Next Post
Early December Snow Report