Up to 3.5″ of Snow Fell in the Mountains! See Where…as Well as ALL of the Ski Resort News! 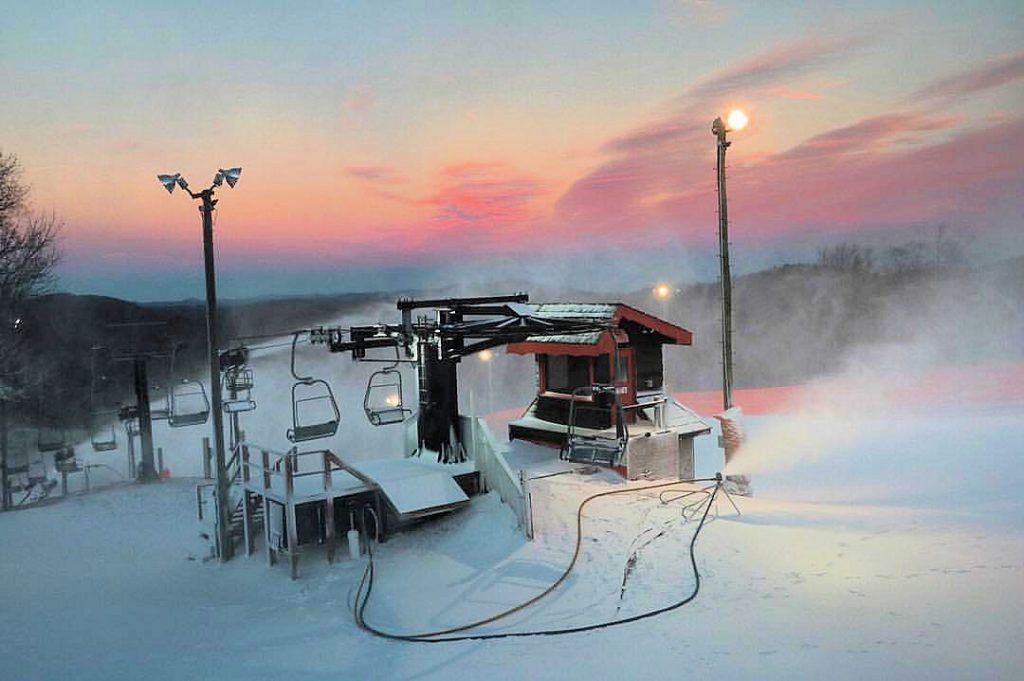 We now have SEVEN SKI RESORTS OPEN for skiing and snow boarding today, which is the MOST thus far this season. With the COLD long range forecast we will continue to see more and more ski areas open for snow ops as well as more slopes and trails open at each resort.

We had some pretty significant snowfall around the High Country on Friday morning. It was enough to excite the masses and news media crews around the region. Officially 1.2″ of snow is being reported by CoCoRaHs reporter Gil Adams of Beech Mountain Resort. That is on top of a TRACE of snow the night before. That makes it 3.2″ of snow on the season so far atop Beech Mountain’s 5506′ elevations.

Compare that to region leading Canaan Valley which saw 3.6″ of snow in the last 24 hours; 4.3″ from this storm and 16.8″ on the season. Only 4.6″ of that snow total has fallen in December and bear in mind that Canaan Valley Resort is just opening TODAY for the season. So all of that snow fell prior to the resorts of Canaan Valley and Timberline opening. In fact, the MAJORITY of the snow thus far fell in NOVEMBER (Nov 20-21) when 11.6″ of snow fell.

David Lesher reports that snowfall this season is about 12 inches behind normal. Gotta LOVE ME some CanaanMtnSnow. David does an awesome job.

By the way, if you have not yet SEEN the NEW CANAAN VALLEY WEATHER website, check it out and view the MUST READ STORIES as we cover all of the ski areas with that blogged content. 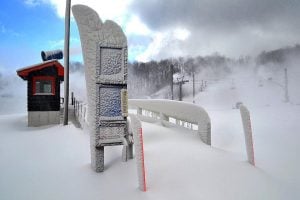 Another shot of the cold, snowmaking that took place at App. They are NOT making snow during open sessions today! Click to Enlarge!

Of course THE HUGE news has been the roar of snowmaking equipment running at literally EVERY ski area in the region over the last 24 hours and change. Those snowmaking efforts is HOW and WHY we are seeing skiing and snowboarding at SEVEN open ski areas today.

Most resorts are still making snow on open and non-open terrain. Appalachian Ski Mountain is reporting that despite the fact that it is plenty cold enough to make snow today, they have plenty of base and will resume snowmaking tonight after the night session ends. However, there will be no snowmaking during open sessions today. If you have ever fought the manmade blizzard that App can lay down, you’d appreciate that bit of news!

<< If these icons show up on the LIVE IMAGE VIDEO of various ski areas, then you can click on the TIMER logo and watch a Timelapse from the PREVIOUS 24 hours. Cool Huh?!?!

Kenny Griffin has been providing with some awesome timelapse videos. He’s now also added a nice feature to MANY of the LIVE STREAMS that we are recording at various resorts. When you are viewing any of the LIVE CAMERA STREAMS, just place your mouse on the LIVE VIDEO and if the icons show up in the top, right corner of the player, just click to watch the TIMELAPSE.

We’ve singled these out from the last few days for your enjoyment.

One resort is bragging about “Brand New Man Made Granular” and the other is calling it “Manmade Packed Powder”. You’ll have to do some real investigating to see who did what, but it’s all about marketing. Frankly “Brand New Man Made Granular” sounds a little choppy to be and the truth is our ski areas can now crank out snow as fine as any natural powder around – but typically “POWDER” is reserved for the real stuff.

For our tastes, we’d rather see the ski areas reporting “manmade packed snow” for the best version of that they lay down and leave the powder references to the version falling from the heavens.

Speaking of POWDER, there IS some around Snowshoe and Canaan Valley today.

While on the subject of Snowshoe – I’ll get an explanation from our “brothers from other mothers” up there, but they always promoted 60 trails across their mountain and now THEY are calling it 57 trails, but we counted 59 (if you count the terrain parks) and 54 if you don’t. In other words they are now showing 54 slopes for skiing and snowboarding and 5 terrain parks (which every resort counts as trails).

Canaan Valley Resort – 10° amd they saw 3.6″ of new snow and 16.8″ on the season. TODAY IS OPENING DAY at the Tucker County, WV resort and they are doing it up great with packed powder conditions on 8 slopes and trails for day sessions. (We KNOW that the webcam is down right now and they ARE looking into it and collaborating with our Kenny Griffin to get it back up. They had a modem go down and changed it out and we’ve got to get with their IT guys. We’ll have it back up asap.)

Beech Mountain Resort – 12° and making snow. They received 1.2″ of snow and are OPEN for day and night sessions with a base of 8-24″ of groomed pleasure on 6 slopes and trails. Ice skating is OPEN as well.

Our Kenny Griffin is riding at Beech today and I’ll bet he shoots us a photo or video.

Appalachian Ski Mountain – 16° and they are making snow and although their website does not report being open, THEY ARE OPEN for day and night sessions on 9 slopes and trails. Ice skating is open as well.

I’ll tell you that App was BLASTING the ski area all day and late last night. With Shulls Mill Road being closed for a bridge repair, I took the shortcut over to Blowing Rock last night, which cuts in up top and behind Appalachian Ski Mountain and that road up there was covered in 4-6″ of deep powder and there was a trace/dusting of natural snow up there as well. It was actually drawing a bit of an audience of interested people who were stopping for photo ops.

Cataloochee Ski Area – 20° making snow and open with groomed conditions on 7 slopes and trails for day sessions only today. Cataloochee is now open to the top of their mountain! Tammy Brown of Cat posted, “What an amazing snowmaking team we have here at Cataloochee and what they have accomplished with little over 24 hours of snowmaking time.”

Wolf Ridge Resort – 18° making snow. They are OPEN TODAY and TONIGHT with five slopes and trails which is amazing if you would have seen the slopes just 48 hours ago.

Sugar Mountain Resort – 11° and making snow. They are also reporting 1″ of new, natural snow and 3″ on the season. They are open to the top of their 1200′ vertical with 7 slopes and they are open for day and night sessions with a base of 10-40″. Sugar does one of the best grooming jobs in the region so expect awesome conditions today. Tubing and ice skating are also OPEN!

Tour of the Not Yet Open

Wintergreen Resort – 8° and making snow to open December 17th. We’ve been reporting it but they look ready to open NOW as they’ve had the best snowmaking thus far in the Commonwealth of Virginia.

Wisp Resort – 17° – They made snow (see timelapse up top) and they are now announcing December 16th as opening day. They saw 1″ of new snow and have seen 3.1″ on the season.

That will do it for today. Email me at [email protected]

Previous Post
It’s Beginning to Look a LOT Like…Winter in the Mountains!
Next Post
NEED A JOB? INTERESTED IN WORKING AT A SKI RESORT? TIMBERLINE RESORT IS HIRING NOW!