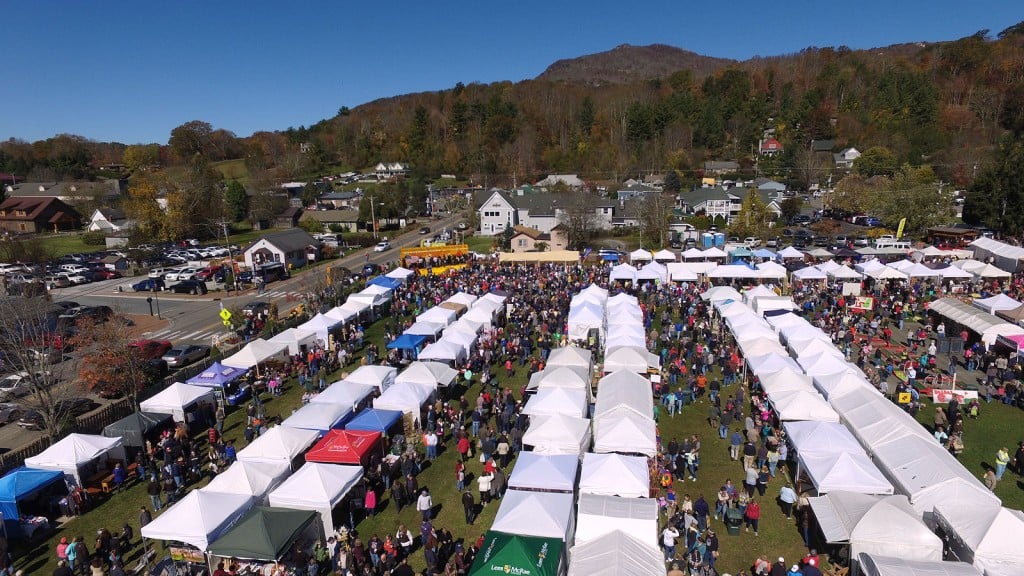 The 40th Annual Woolly Worm Festival will be taking place this weekend – October 21st & 22nd in downtown Banner Elk. Over 20,000 visitors attended the event last year and with amazing weather in the forecast for this weekend, we’re betting a record crowd will be in store for awesome fun for the entire weekend.

Since 1978, this quirky, world-famous festival has been used to predict the upcoming winter weather for the North Carolina High Country.

According to legend, the 13 bands on the woolly worm (woolly bear caterpillar) represent the 13 weeks of winter. Brown bands indicate a mild week, black bands indicate a cold, snowy week. Since every woolly worm has different colors, the Woolly Worm festival holds races to determine which worm is used to make the forecast. The owner of the winning worm receives $1,000!

The festival also includes about 175 craft vendors, food, live entertainment, and rides for the kids. The main event happens to pit little woolly worms racing each other in heats throughout the day and the ultimate winner worm (and its owner) pockets more than $1000 in cash! The event carries over into Sunday and there are races, but the largest crowds and activities are seen on Saturday. 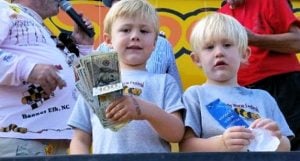 Last season “Hans Solo”, owned by a pair of young brothers from Boone, crawled its way to victory at the 39th annual Woolly Worm Festival in Banner Elk on Saturday. Siblings Reyn and Hickson Beekman were the owners of the fastest woolly worm on that particular day – according to Jim Morton, founder of the famous event.

Back in the late 1970s, the editor of the now-defunct Mountain Living Magazine, Jim Morton, was preparing to include a Woolly Worm Forecast in the winter issue of the magazine. He photographed the first Woolly Worm he saw to use in formulating the prediction and illustrating his story, but the next day he saw a second worm that looked completely different from the first!

“That’s when it struck me that we needed some formal procedure to use to decide which was going to be the official worm for making the winter forecast,” said Morton.

(Rumor has it that Jim was also looking for a great event that would both promote the town of Banner Elk to visitors and get more people to come to the tiny mountain town prior to ski season and to hang around another few weeks after the tradition summer season that always attracts a lot of second-home/vacation home owners from all points south (primarily Florida) who had always started leaving for warmer temps around the first of October.)

So since 1978, the residents of the village nestled between the Carolina’s largest ski resorts have celebrated the coming of the snow season with a Woolly Worm Festival. They set aside the third weekend in October to determine which one worm will have the honor of predicting the severity of the coming winter; and they make that worm earn the honor by winning heat after heat of hard-fought races – up a three-foot length of string. 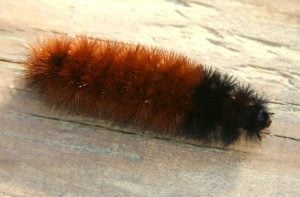 The Woolly Bear caterpillar has 13 brown and black segments, which the late Charles Von Canon explained to the small crowd that huddled together in the sub-freezing temperatures at the first Woolly Worm Festival correspond to the 13 weeks of winter. The lighter brown a segment is, the milder that week of winter will be. The darker black a segment is, the colder and snowier the corresponding week will be.

“If you went solely by the attendance figures, you probably wouldn’t call the first festival a success,” recalled Morton. “But WCYB-TV in Bristol sent a cameraman and their report ended up being broadcast nationwide by NBC News. That national TV coverage was really what gave me the motivation to want to keep the event going.”

…and keep it going they have…for what will be the 40th year this coming weekend. We’ll be there in force with 8-10 family members and friends – some whom have never attended the festivities and we’ll be there racing, eating, chilling and filming the event. We’ll be wearing SkiSoutheast Tees and hats, so if you see us…say “hi” and maybe we’ll get you on camera for some comments.

Here’s a clip from the festival two seasons ago:

Until then…email me any thoughts at [email protected]

Previous Post
29° this morning! It’s Ch-Ch-Chilly Out!
Next Post
The Highways and Byways Will Be Packed This Weekend